We’ve come to the end of Women’s History Month, but before we say hello to April showers, let’s take a quick look at some of the women in history who made major, but unappreciated or overlooked contributions to the world.

Fela Warschau, a familiar name in Sheboygan, was born in Poland in 1926. When she was about 13, the German Army occupied her city and three years later she and the rest of her family were forced into the infamous Lodz Ghetto, and then to Auschwitz. Fela and her sister Helen were separated from the rest of the family, and only the sisters survived. Eventually they were sent to Hamburg, Germany to pick up debris from Allied bomb strikes and then they were taken to Bergen-Belsen, where they nearly died from starvation and exhaustion. They were liberated by British troops in 1945.

Fela met her husband, Anschel, in a resettlement camp, and in 1951 they immigrated to Sheboygan, where they raised their daughters, Martha and Sally. Beginning in the mid-1980s, Fela traveled to schools and organizations to talk about her experiences during the war and took special interest in talking to kids.

In 1995, she made a videotaped history for the U.S. Holocaust Museum. A special room at Mead Public Library in Sheboygan, the Fela and Anschel Warschau Room, is a collection of artifacts and memorabilia contributed by Holocaust survivers who lived in Sheboygan.

“Remembering the Holocaust is for everyone – those who care and those who should care.”

Adele Brise was born in Belgium and moved with her family to Wisconsin when she was 24. When she was 28, carrying grain to the mill in an area called Bay Settlement, she saw the image of a woman in white with a crown of stars and bathed in light, standing between two trees. Afraid, she prayed until the vision went away and went home to tell her parents. A few days later, she saw the same vision again while on her way to Mass. The third time she saw the vision, the woman spoke to her.

She called herself “Queen of Heaven” and told Adele to “gather the children in this wild country” and teach them catechism. Adele devoted her life from that day to teaching Catholicism to the children in the area, starting in people’s homes and then in a chapel her father built at the site of the visions. As word spread, people made pilgrimages to the site and proclaimed miracles there.

Today, a shrine in Champion, Wisconsin, outside of Green Bay, called the Shrine of Our Lady of Good Help, marks the site where those visions took place. It’s the only recognized site of a Marian apparition in the United States.

Nellie Bly was a journalist during a period of American history when that was a very unusual and difficult thing for a woman to do. She got a job at the Pittsburgh Dispatch as a columnist, but grew dissatisfied writing only for women. Wanting to write for all readers, she feigned mental illness long enough to be sent to an infamous insane asylum.

Her resulting work, “Ten Days in a Mad-House,“ was published in the New York World and made her one of the most famous journalists in America. She went on to marry, inherit her late husband’s manufacturing facility and patent several inventions related to oil manufacturing. She is the originator of what we now call investigative journalism.

Well known as an entertainer and the first black woman to star in a major motion picture (1927 silent film “Siren of the Tropics”), Josphine Baker was a member of the French resistance during WWII and a civil rights activist.

After France declared war on Germany in 1939, Baker used her fame and connections to rub shoulders with leaders from Japan and Italy at social functions, passing along what she learned to aid the Free France movement.

After the Germans invaded, she opened her home in the south of France to others who wanted to help with the resistance.Free to travel for her tour schedule, she smuggled information to England about airfields, harbors and German troop concentrations in the West of France. Notes were written in invisible ink on Baker's sheet music.

After the war, she became a civil rights activist, refusing to perform for segregated audiences and even speaking at the March on Washington next to Martin Luther King Jr. After King’s death, his wife, Coretta Scott King, invited Baker to take her late husband’s place at the head of the civil rights movement. After several days of deliberation, Baker declined out of concern for her children.

“I have walked into the palaces of kings and queens and into the houses of presidents. And much more. But I could not walk into a hotel in America and get a cup of coffee, and that made me mad. And when I get mad, you know that I open my big mouth. And then look out, 'cause when Josephine opens her mouth, they hear it all over the world”

Henrietta Lacks was a black woman born in the south, a descendant of a white plantation owner in Virginia. After having five children, Lacks was sent to Johns Hopkins Hospital, the only hospital in the area that treated blacks, with pain in her abdomen. She was diagnosed with cervical cancer and during her treatment, two samples were taken without her consent. They were given to a cancer researcher at Johns Hopkins and the cells became known as the HeLa immortal cell line, which is still used today in cancer research.

Her cells have led to major scientific discoveries regarding the growth of cancer cells and the effects of drugs on the human body and have also contributed to the development of the polio vaccine. Lacks’ story has brought into question the ethics of patient privacy and has exposed the mistreatment of people of color in healthcare.

When she died of cancer at age 31, she was buried in an unmarked grave. It took until 2010 for a headstone to be donated for Lacks, though her exact resting place is unknown.

Lacks’ headstone is etched with an epitaph written by her grandchildren:

“In loving memory of a phenomenal woman,
wife and mother who touched the lives of many.
Here lies Henrietta Lacks (HeLa). Her immortal
cells will continue to help mankind forever.

Eternal Love and Admiration, From Your Family”

A computer pioneer, Grace Hopper was rejected when she tried to join the U.S. Navy early in WWII - partly because her work as a mathematician and professor at Vassar College was too valuable to the war effort. She eventually was sworn into the U.S. Navy Reserve, and served in the WAVES (the women’s reserve).

She was assigned to the Bureau of Ships Computation Project at Harvard University, where as one of the first computer programmers ever, she was responsible for programming the Mark I (the IBM Automatic Sequence Controlled Calculator). She worked on top-secret projects vital to the war effort, such as computing rocket trajectories. In 1952, her team invented the “compiler,” the tool computer programmers use to turn their code into software. She was instrumental in the development of the computer language COBOL.

Among her many awards and achievements, she was awarded the National Medal of Technology by President George Bush in 1991, and posthumously received the Presidential Medal of Freedom in 2016 for her contributions to field of computer science.

Famous for her beauty, Lamarr was born in Austria and performed in many European films as a young woman. In 1937, she escaped from Vienna after the Nazis invaded and came to the U.S., where Louie B. Mayer offered her a contract and she subsequently became a star.

At the beginning of World War II, Lamarr and composer George Antheil developed a radio guidance system using frequency-hopping spread spectrum technology for Allied torpedoes, intended to switch radio frequencies amidst the chaos of war so that enemies could not decode messages.

Although the U.S. Navy did not adopt Lamarr and Antheil's invention until 1957, various spread-spectrum techniques are incorporated into Bluetooth technology and are similar to methods used in legacy versions of Wi-Fi.

Recognition of the value of their work resulted in the pair being posthumously inducted into the National Inventors Hall of Fame in 2014.

Margaret Hamilton is an American computer scientist, systems engineer and business owner. She was director of the Software Engineering Division of the MIT Instrumentation Laboratory, which developed on-board flight software for NASA's Apollo program.

She led the MIT team assigned to develop code for Apollo 11’s on-board flight software, and her skills were so acute that she was asked to double check the math performed by MIT’s computers. Legend has it that while preparing for the Apollo 11 flight, Hamilton told her male superiors that the mission required additional back-up code, to act as a fail-safe in case something went wrong. She was criticized and ordered to do no such thing, because the astronauts “were trained never to make a mistake.”

Defying orders, Hamilton programmed the code anyway, and minutes before Apollo 11 landed on the surface of the moon, something did go wrong. An alarm was triggered and the moon landing was in peril. It was Hamilton’s code that saved the mission.

Clara Barton was working in the U.S. Patent Office when the Civil War started, and she volunteered to help the way many women did - by collecting bandages and supplies. She soon realized she could do more for the war effort by going to the battlefields herself, and became known as “Angel of the Battlefield” for her care of the troops through many major battles.

After the war she traveled to Europe and saw the operation of the Switzerland-based Red Cross, which called for international agreements to protect the sick and wounded during wartime and for the formation of national societies to give aid voluntarily. Back home, she worked with important friends, including Frederick Douglass, to found the American Red Cross in 1881. She was 59 when she started the organization and she served as president until she was 83.

In 1777, Sybil Ludington’s father, Col. Ludington, learned of an imminent attack by British forces. The rider who brought the warning was too exhausted to ride out and summon help, so 16-year-old Sybil did it. She rode all night, somewhere between 20 and 40 miles, and was responsible for hundreds of soldiers mobilizing to fight the British.

For reference, that is at least as long as Paul Revere rode in his famous Midnight Ride. 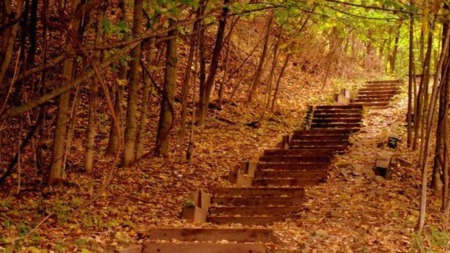 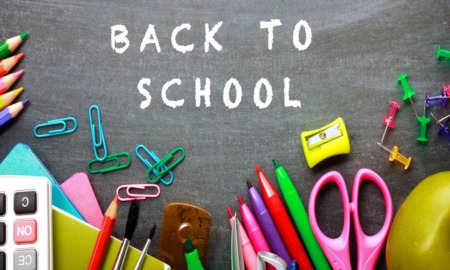 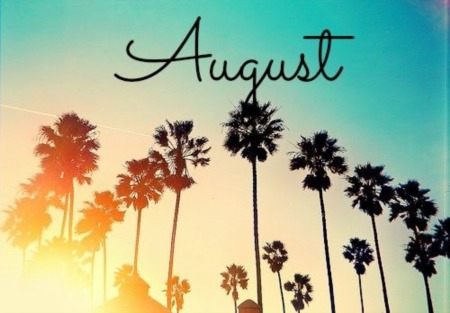 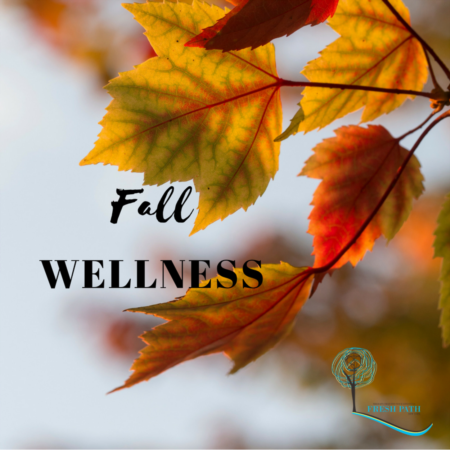